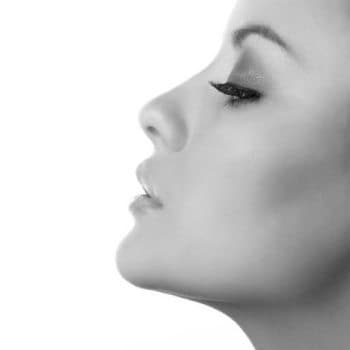 Almost every person at least once in his life thought about what he could change in his appearance. Quite often, the choice falls on different plastic surgeries, which allow changing the contours of the body or facial features.

Currently in the CIS countries many clinics offer such services, but because of the lack of rich practical experience and modern equipment, which are necessary for the manipulation, some people really care about their health and appearance, and choose foreign medicine.

If you need surgery to correct the nose (rhinoplasty), Israel will be the best choice. This is explained by the fact that in our country for decades the highest level of the health system development is maintained. Through the use of the modern equipment and highly skilled surgeons it is possible to get the desired results and a high level of safety. These features justifies the prices for the rhinoplasty in Israel, they are slightly higher than in clinics of the CIS countries.

Rhinoplasty is the surgery the main aim of which is to change the shape of the nose and to eliminate the congenital or acquired defects of the face, breathing problems. Rhinoplasty in Israel is carried out only for people over the age of eighteen. The most frequently rhinoplasty is performed for women at the age from twenty to forty years.

Because of all the existing kinds of plastic surgeries, rhinoplasty is one of the most difficult; it is carried out only by specialists of the highest qualification with a lot of practical experience.

Before the rhinoplasty the patient in Israel goes through the series of diagnostic procedures, which are aimed at the identification of all possible contraindications for this operation.

These contraindications include such diseases:

Currently rhinoplasty in Israel is divided into three main types, and the four directions.

There are such types of rhinoplasty:

There are some destinations of the rhinoplasty in Israel:

Typically, the technique of rhinoplasty in Israel is chosen depending on the goals, desires, and physical condition of the patient. The operation can be performed under general or local anesthesia. Before rhinoplasty, the doctors conduct special tests that detect the presence of the allergic reaction to one or another anesthetic. This is especially important because if anesthesia is selected in a wrong way, there will be a risk for the patient's life.

In order to avoid the formation of post-surgical scars, all incisions are made inside the nose during rhinoplasty in Israel.

Rhinoplasty surgery in Israel begins with the fact that the surgeon separates the soft tissue structures from the bone and cartilage, then, the correction of the form of nose is performed. In some cases there is a need to move a small piece of cartilage, which is taken from the rib or cartilage to give the nose more strength and improve the respiratory function. Typically, rhinoplasty in Israel takes about two hours.

In cases when the damage of the nose is very large, there may be used special implants of synthetic material. However, the doctors try to avoid conducting rhinoplasty in this way, since there is a possibility that may change eventually the form of the nose due to the displacement of an alien implant.

Also it is worth mentioning that such kind of surgery as septoplasty is a kind of rhinoplasty, which allows changing the septal deviation. Such operations are conducted at the otorhinolaryngologic departments in hospitals of Israel. They allow you to avoid the development of chronic diseases of the nose, throat and sinuses.

After rhinoplasty the special bandage is applied in Israel that allows retaining the desired shape of the nose, which must be worn for one week.