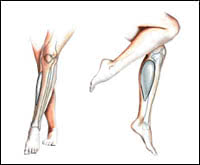 The ideal appearance is the dream of many people. But, unfortunately, in the most cases, anyone can find in their appearance a few drawbacks, which can be either congenital or acquired as a result of poor lifestyle or injuries.

In such cases, one of the ways can be leg contour correction in Israel. This area of plastic surgery aimed at correcting shape of the thighs and legs, eliminating storage of fat and increasing the volume of the leg. Sometimes even people who do not have weight problems encountered fat in the hips, which do not allow walking in bathing suits. Moreover, aside from the obvious inconvenience, the external wrinkles on the inner surface of the thighs can be a cause of diaper rash and skin irritation due to the fact that they are in contact and rub against each other when moving.

The leg correction in Israel will help to eliminate all these problems. Also, do not forget about such unpleasant things as natural or acquired deformation of the lower leg, which can lead to osteoarthritis or gonarthrosis (osteoarthrosis of the knee). Unfortunately, this defect is not always possible to eliminate by physical exercises. In this case, the plastic surgery of a lower leg is performed.

There are such indications for leg correction in Israel:

The indications for plastic shin in Israel are:

Methods of performing the cruroplasty:

Leg correction is carried out by two main methods in Israel:

After the incision is made, the soft tissues of the hips are exfoliated gently, tightened, and then joined the major muscle tendon, which is on the inside of the thigh. If necessary, liposuction can be performed. To do this, first the fat is pumped and only then the skin tightening is produced.

It is important to know that in the process of inguinal cruroplasty the marks, that are hard to hide, are left. The pubic-inguinal method can hide them using any laundry.

Both types of the leg correction in Israel can be performed under general or local anesthesia. After the surgery, the patient applied a special patch that accelerates healing.

Rehabilitation period takes generally seven up to ten days. If the liposuction has not been performed, it is enough to wear the special compression underwear.

The plastic shin surgery primarily depends on the defect, which is needed to be eliminated in Israel.

To correct crooked legs the doctor incises the bone in the right place, and then imposes a special device on the outside of the legs together with the wires, which are fixed inside the bone. This method can effectively change the shape of the tibia, but it may take several weeks or months to show the result.

Misleading crooked legs are treated with the special silicone implants, which are implanted through an incision on the back or side part. Each implant is selected individually depending on the structure of the body and the patient's wishes. Rehabilitation period after blepharoplasty is approximately one week in Israel, during which it is necessary to wear special knee socks, which reduce the likelihood of thrombus formation.

The similar operation is performed to correct excessive thinness legs, but implants may be fixed in the thigh part.

The correction of the obesity feet depends on the reasons for these defects.

In the case when there is local obesity, the liposuction is performed. Since there are a large number of vessels in this area of the body, in this case, ultrasonic or laser liposuction is used in Israel, which is less traumatic technique.

There are cases when the fullness of the feet is caused by hypertrophy of the calf muscles. Since it is impossible to remove the muscle tissue due to the fact that it causes claudication of a patient, the calf plastics provide the usage of special implants in Israel.

Sometimes the fullness of the legs is connected with the violations of lymph or blood circulation. This problem is solved by a special treatment aimed at getting rid of lymphostasis and varicose veins.