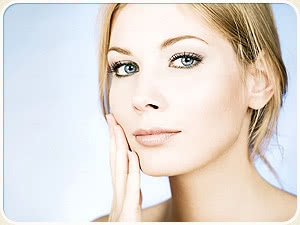 Any normal person pays particular attention to the appearance; in fact it creates the first impression, and the person cannot change it easily.

Face value in the appearance and people’s life cannot be underestimated, because looking at the person we judge his character and think about whether we can trust the person

Today everyone wants to stay young and attractive as long as possible. However, the poor environment, unhealthy lifestyle, and finally, in a certain way, age leave footprints on our face. Unfortunately, to eliminate them using cosmetics is not always possible for many people, and the facelift is the only way to regain the beauty.

Naturally similar plastic surgeries are performed in clinics around the world, including the CIS countries. However, the practice shows that the state of medicine in these countries is far from ideal because of the lack of modern equipment and more importantly – the lack of professionals with extensive practical experience in applying the latest developments in the field of medicine. That's why, if you need a face lift, Israel is the best choice to do it. We all know that the level of the development of the health system in our country is considered as one of the best, as well as the usage of the most advanced developments in the field of medicine. That is why the surgery facelift in Israel is very effective and safe for the patient and what is important, it is cheaper than in Europe and America.

Human skin every day affects a huge number of negative factors, which include changes in the temperature and humidity and solar radiation. Because of this, the skin thickens and loses its elasticity, which naturally affects the appearance. Typically, changes in the skin become visible after thirty years.

Facelift denotes the removal of excess fat with the return of soft tissues in their natural place. Considerably, the operation in Israel will depend on the depth of the incision, because, the deeper is the intervention, the longer the effect is saved. That means that a person will look more natural.

Currently facelift surgery in Israel is divided into several types:

All facelift operations in Israel are performed under general anesthesia and usually last no more than two hours. Doctors carry out special tests that can determine the safest anesthetic which does not cause different allergic reactions.

Rehabilitation period after surgery for a facelift in Israel depends on its type. After circular or small facelift the patient needs to be in hospital for two days. After SMAS-lifting the patient stays in hospital up to four days due to the fact that the deeper layers have been affected during the operation.

In addition, after the SMAS-lifting method the patient needs to wear a special circular bandage for at least three days. There is a chance that after this surgery will appear edema, hematomas, or pain. In this case, the painkillers are used.

The specialists who works in Israeli clinics will select the most effective rehabilitation program, which will take into account particular qualities of the body and keep the effect as long as possible.

Visiting the solarium or stay under the sun for a long time is not recommended for the next month.

The effect of a facelift in Israel

The received results of the facelift surgery in Israel are saved for the period from ten to fifteen years. However, you must maintain a valid way of life, namely, be engaged in physical exercises, healthy diet, and regular rest. Experts do not recommend undergoing facelift surgery more often than once every five years.

In order to learn the value of a face-lift in Israel, contact our managers through the appointed phone numbers, email, or send a request via the feedback form.