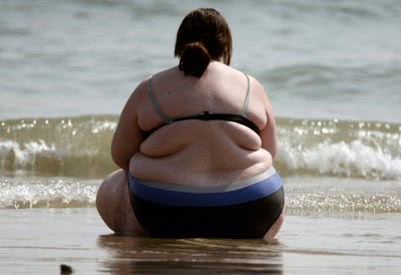 The obesity treatment in Israel pays special attention, because in modern medicine obesity is seen not as just excessive weight, but also as a serious chronic disease that can significantly lower the overall condition of the person and cause the emergence of many serious diseases (cardiovascular, cancer, diseases of the musculoskeletal system).

Referring to the WHO, the doctors from all countries unanimously mark the progression of such disease as obesity. It not only takes a devastating scale, but with each passing year it becomes "younger". If in 2008 only 11% of the world's population suffered from obesity, of which 3% were children, in 2012 the percentage of obesity increased bigger by half, and more than 40 million facts of childhood obesity was noted.

The obesity isn’t a sudden phenomenon. Its development was preceded by a long process of accumulation of excess weight. According to recent statistics, in Russia 59% of citizens suffer from overweight. In Israel, this figure is slightly lower - 57%. Egypt and several Pacific islands (over 70%) are the leaders in this area.

In connection with the mass distribution, as well as the possible appearance of serious consequences, it becomes necessary to treat obesity.

Center “Isramedic” offers the treatment of obesity in Israel. In our country, only the latest methodologies and devices are used to control the problem of excess weight and the care about the patient aren’t just empty words. Our center is the accredited representative of the leading clinics, such as: Assuta, Ichilov, Assaf Harofeh, Rabin Medical Center. In our center, you will get the best help of Israeli doctors, as well as reduce the financial and time costs of the treatment to a minimum due to the accurate and rapid organization of the treatment process.

In the matter of the treatment of obesity in Israel such professionals will help you:

The main task of diagnostics is to determine the cause of obesity. Nominated advanced blood test for the patient will determine which organs are affected by the disease, which will be decisive in choosing the specialization of the treating physician. The results of the patient’s analysis are referred for the consultation to a specialist (gastroenterologist, dietician, endocrinologist, cardiologist, surgeon), and they will determine the method of the treatment, and it draw up a detailed plan.

Methods of treating obesity in Israel

After receiving the results of the diagnosis, the doctor will determine the best treatment for a particular case. If the disease is not chronic or severe, then, as a rule, the patient is engaged in a nutritionist and a psychologist or the medical therapy which has the same character.

Surgical treatment of obesity in Israel applies in cases when the BMI (body mass index) is greater than 35 points. If a BMI is greater than 40 points, the operative treatment is indicated only in the absence of comorbidities.

The price for the treatment of obesity in Israel by this method varies depending on the choice of the type of surgical intervention. The most progressive and effective methods are the endoscopic surgery, as well as bypass and gastric banding.

The endoscopic surgery is performed without incisions, using a flexible tube that is inserted through the mouth into the stomach. Using such tube, a kind of folds is created on the walls from the mucoid to the muscular layer of the stomach,  This reduces the total volume of the stomach, which eventually leads to a gradual decrease in body weight. The main advantage of this technique is the lack of direct surgical intervention.

Due to bypass surgery, the ability of the duodenum to absorb nutrients from the food is reduced, and this fact eventually positive effects on the total body weight. This is done by disconnecting the part of the duodenum from the digestive system.

The volume of the stomach also reduces during banding. This is performed with the help of the guard ring, which is overlapped on its wall. This ring compresses them and forms two sections – of the larger and the smaller size, which leads to the feeling of satiation in absorption significantly less food. Although the cost of the obesity in Israel with the help of banding is significantly cheaper than bypass surgery, but, recently, this method is rarely used.

There is also a method of treating obesity using a gastric balloon (BIB-System). Such balloon is introduced into the stomach and then it is inflated. This process limits the space of the stomach. The system is removed in half a year, but the effect of its application is stored for a long time. Foreign residents are treated with the help of this method more rarely, because its usage requires almost daily attending the physician in order to avoid unwanted side effects. Accordingly, the patient must be located in Israel during the entire treatment period.

The results of the above manipulations do not appear immediately. During one year, the total body weight can be reduced from 30 to 70%. After obtaining the desired result the patient is offered to do the plastic surgery to remove excess skin and to achieve the most effective results from the treatment and aesthetics.

The prices for the obesity treatment in Israel

The cost of treating the obesity in Israel consists of the full diagnostics and therapy, which is directly assigned to the patient individually.

You may refer to the specialists of “Isramedic” coordinating center for the fast and effective treatment of obesity in Israel. Fill out the request for the treatment or use the quick query form on our website. We will contact you as soon as possible and provide a full consultation.