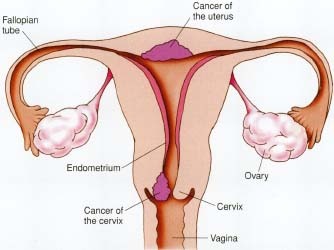 Uterine cancer (endometrial cancer) is one of the most common cancers. According to statistics, cervical cancer is second among cancer pathology in women, it goes after breast cancer. Therefore, in Israel a lot of attention is paid to the diagnosis and treatment of uterine cancer.

Referring to the medical center Isramedic, you have the opportunity to undergo treatment of uterine cancer in Israel by leading experts in this area, because we work with the best physicians of the largest medical institutions, such as Assuta Hospital, Ichilov, Assaf Harofeh, Sheba, MC Rabin.

Specialists in the treatment of uterine cancer in Israel

Diagnosis of uterine cancer in Israel

If you want to take high-quality gynecological and cancer diagnosis as soon as possible, the best option would be an appeal to the medical service IsraMedic. 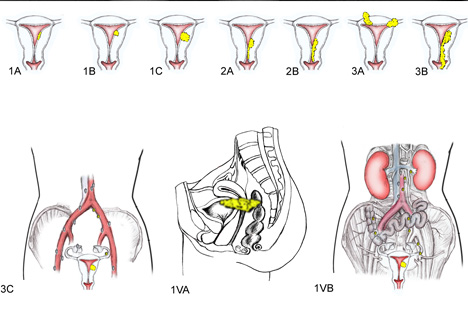 In any of the Israeli hospitals for examination of patients with uterine oncology usually takes about two weeks. With the help of Isramedic whole process takes only 3-6 days, and with the involvement of leading Israeli doctors.

After all, we know that time is so important, especially when you are in another country. The sooner the patient will pass examination, the faster the doctors will be able to start therapy quickly, because as we know, in the early stages to overcome a cancer is much easier.

Routine uterine cancer diagnostics may include procedures such as:

The cost of the entire diagnostic program in Israel is from 3500 to 6500 dollars.

We provide more budgetary survey packages, but in such cases, our doctors have to rely on the results of the tests which are not passed in Israel. To this practice Israeli clinics generally resorted in the case of the 4th stage of cancer of the uterus in the appointment of palliative chemotherapy. In this case, diagnosis includes blood tests, inspection of pathology and oncologist consultation. The price of this program is $ 1,500.

Treatment of uterine cancer in Israel, depending on the stage

Endometrial cancer is localized in the first stage only in the body of the uterus, and it does not spread to the lymph nodes. Protocol treatment of uterine cancer in Israel in the first stage involves performing surgery to remove the tumor mass (hysterectomy).

In the second stage of uterine cancer the process is distributed already in the connective tissue, but it does not spread yet beyond the organ. In this case, treatment involves performing radical hysterectomy, resection of the uterus implies, appendages and lymph nodes.

Removed lymph nodes during the operation are examined for the presence of abnormal cells. If there are cancer cells it is believed that the disease is passed to the third stage. 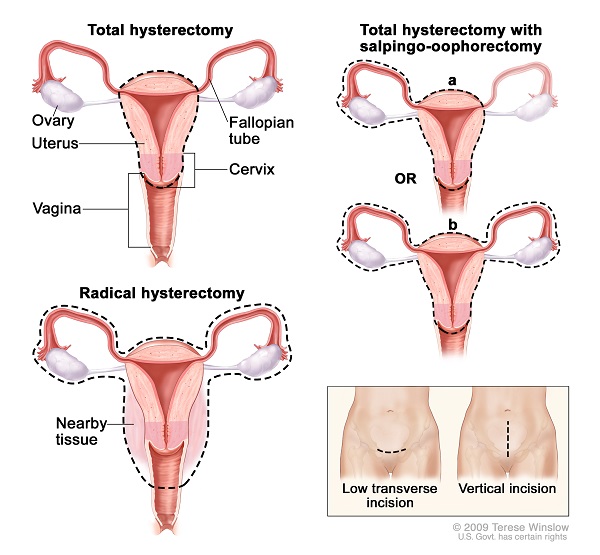 After surgery, chemotherapy is performed in order to destroy remaining cells after surgery the tumor cells.

The third stage is characterized by the proliferation of tumor cells outside the uterus. Treatment at this stage involves performing a simple or radical hysterectomy with bilateral adnexal resection, followed by a course of chemotherapy.

At the fourth stage, the growth of tumors is in the intestine or bladder. It is possible to metastasis to distant organs. The treatment of the fourth step is usually complex and involves chemotherapy and hormone therapy. The purpose of palliative radiation therapy may also be used.

Treatment of uterine cancer in the case of the presence of disease recurrence and metastatic process involves the use of chemotherapy or hormonal drugs.

Approximate prices for treatment of uterine cancer in Israel

The final cost of uterine cancer treatment will depend on the complexity of the case, steps, age and general condition of the patient. Therefore, the treatment of cervical cancer in the price Israel is individually designed.

For more information and drawing up an individual treatment plan by leading experts, please contact MC Isramedic on these phone numbers on the site. You can also send an inquiry or call is free.