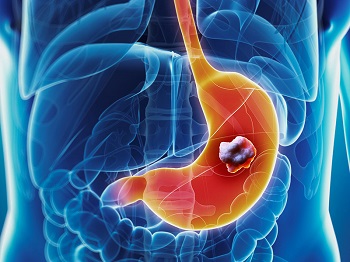 Stomach cancer is a malignant tumor that originates in the mucous membrane and applies to the entire body. This is one of the most common cancers, although in recent years the death rate from stomach cancer has dramatically reduced.

The tumor develops on the basis of ulcers, gastritis, gastric polyps and other diseases. People with a healthy stomach cannot be afraid of the emergence of tumors. Hospitals in Israel today have a lot of experience in the treatment of this disease.

Diagnosis of gastric cancer in Israel

Stomach cancer in an early stage has no symptoms or they are similar to those for other diseases of the gastrointestinal tract. In Israel, the diagnosis of gastric cancer is carried out depending on whether the person has addressed for medical aid for the first time, or has already passed inspection / treatment.

If the diagnosis is already carried out, the survey plan is as follows: 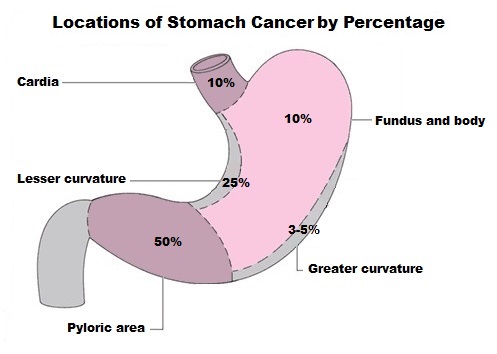 If there is need to perform primary diagnosis, it is applied according tothe following program:

Treatment of stomach cancer in Israel

Stomach cancer treatment programs in Israel will depend on the stage of the disease, health conditions, comorbidities, age and other aspects. Mainly is used complex therapy (a combination of several types of treatment), which has shown to be effective not only in the fight against stomach cancer, but also in diseases such as intestinal cancer and so on.

There are the following modifications of the treatment of gastric cancer in Israel:

This operation involves the removal of 4/5 of the stomach, small and large glands which are adjacent to the stomach, fat and lymph nodes.

During this operation, the stomach is completely removed. Indications for such surgery are the following: cancer is localized in the middle third of the body or there is the presence of advanced cancer. Contraindications are severe comorbidities, distant metastases.

The operation is performed under general anesthesia using a combined or abdominal access. Stomach with fatty tissue, small and large seals, ligamentous apparatus and regional lymph nodes are deleted during this operation. After that creates the anastomosis (connection between the muscles, blood vessels, nerve endings) of the esophagus with jejunum.

In the treatment of stomach cancer in Israel stent is placed with the help of an endoscope under X-ray control of into the stomach and then into small intestine, so that the patient was able to eat normally.

Chemotherapy as the method of treatment of stomach cancer in Israel is appointed in the following cases:

Drugs used in the treatment of cancer are as follows: Xeloda, herceptin, Paclitaxel, Carboplatin, Oxaliplatin, Taxotere and others.

Targeted anticancer therapy inhibits the growth of cancer cells by interfering with specific molecules that influence the growth of the tumor, which provides treatment.

The use of Herceptin in combination with drugs such as Cisplatin and Capecitabine or Fluorouracil in Israel is a promising method of treatment of gastric cancer, which increases the patient`s life. Before treatment is performed a genetic test which checks genes in tumor cells for sensitivity to the antibody.

Radiotherapy is used in Israel before surgery to reduce tumor size, after it - in order to destroy any remaining cancer cells, as well as in the palliative treatment.