Treatment of breast cancer in Israel 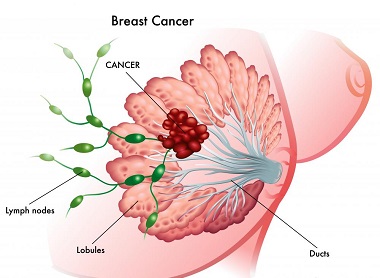 Each year more than 1 million new cases of the disease are diagnosed in the world. It is natural that such disease requires prompt diagnosis and effective treatment in Israel, because the mammary tumors are direct threat to human health and life.

These types in turn are divided into several histologic subtypes (about 30 kinds). Another type of malignant breast tumor is a lymphoma that is not relevant to the determination of breast cancer and needs treatment protocols, which are used in case of lymphomas. 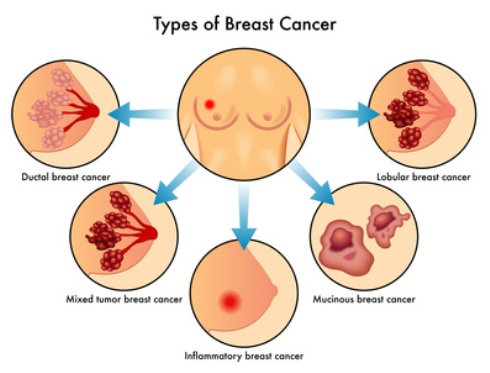 Diagnosis of breast cancer in Israel

Diagnostics needed to confirm or refute the breast cancer is as follows:

First patient passes the inspection at mammalogy oncologist. Then specialist conducts palpation of the breast and armpits to detect suspicious and seal formation.

According to the results of the inspection mammography and breast ultrasound will be appointed.

Mammography is of two kinds:

There are other more informative methods of inspection for young women with high breast density, such as ultrasound.

If ultrasound and mammography shows the presence of tumors are appointed biopsy and laboratory tests.

Laboratory tests include the following methods:

Biopsy is called histological examination of samples of cellular material or tissue from a tumor.

The following methods are used in the diagnosis: 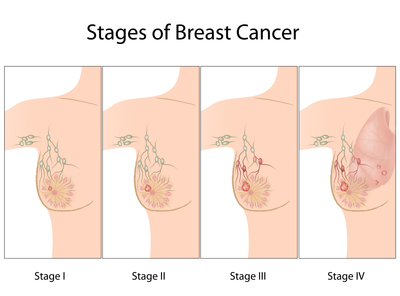 In addition, can be assigned the following examinations:

Earlier in the diagnosis of breast cancer were used:

Today, instead of these examinations is used PET-CT, which allows to see any metastases.

Some of the above diagnostic methods are used not only to detect disease, but also to verify the results of the treatment of breast cancer in Israel.

In treatment of breast cancer in Israel are used the local, systemic and combined methods. Local method supposes an impact on affected areas and includes surgery and radiation therapy. When there are diagnosed metastases is applied a systematic approach that affects the entire body and covers chemotherapy, biological, hormonal treatment.

It should be noted that nowadays i the combined therapy (using different techniques) shows good results not only in the fight against tumors in the mammary gland, but also in the treatment of gastric cancer, throat cancer, and so forth.

Treatment options depend on the type of the disease:

Treatment of breast cancer in I, II, III A stages

The adjuvant therapy (post-operative treatment to reduce the risk of relapse) may include the following types of breast cancer treatment in Israel:

Treatment of breast cancer in III B and III C stages 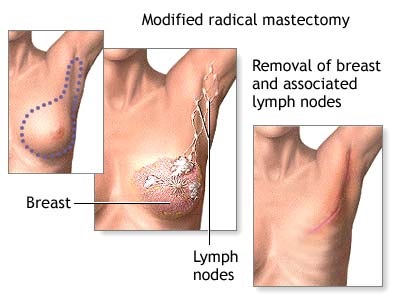 The decision to use the surgical treatment of breast cancer in Israel depends on many factors: the stage and type of cancer. After gathering all the necessary information doctors determine what result will give surgical treatment.

For the surgical treatment of breast cancer operations are applied several options:

The drugs are administered in different combinations and courses. The most common treatment of the breast cancer in Israel is carried out every two or three weeks intravenously or orally.

In the later stages of breast cancer new drugs proved the effectiveness, such as:

Other used in chemotherapy drugs are: Gemzar, Navelbina and Ixempra.

Test Oncotype DX breast will provide additional information which helps the doctors to decide the use of chemotherapy in Israel for the treatment of breast cancer.

Hormone therapy drugs are prescribed only to treat hormone-positive breast cancer or its recurrence. Hormonal medications have an impact in two ways:

In some cases the fallopian tubes and ovaries are surgically removed to treat hormone-positive breast cancer, or as a precaution against women with a very high risk of developing this type of cancer.

Immunotherapy is used to remove breast cancer and prevent recurrence.

One of the common drugs is Herceptin, whose antibody bind to the receptor protein HER-2  selectively affect tumor cells and do not affect healthy.

Another remedy is Xeloda, which itself does not have the ability to destroy cancer cells. This compound goes through three phases of transformation in the human body. The last phase during which the final product is synthesized and has cytotoxic activity, takes place in the tumor itself.

It turns into a kind of factory, which produces a poison against itself. This increases the efficiency of the drug and reduces the total negative effect on the entire organism. This is new class of anti-cancer drugs and Xeloda is its sole representative yet.

At present, more and more oncologists believe that correction of immune disorders is the key to a successful fight against disease.

Find out the cost of treatment of breast cancer in Israel on our website.

For more information about the treatment of breast cancer in Israel please contact "Isramedic".