Treatment of esophageal cancer in Israel 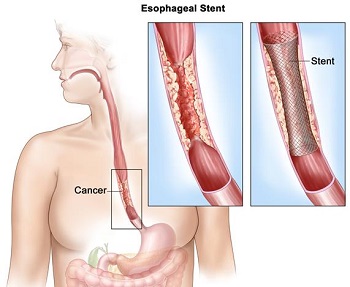 Esophageal cancer is a rare oncological disease, although in recent decades in western Europe and North America it is seen some growth of this disease.

Risk factors for the disease:

The exact causes of esophageal cancer are unknown. It was observed that one of the 100 people affected by the Barrett`s disease is in group risk.

Also it is noted that this type of cancer is more common in the Far East and Central Asia. It has been suggested that perhaps this fact is associated with poor food quality, popular hot spices.

In addition, an increased percentage of disease is marked among smokers and alcohol lovers.

Another possible cause of this disease is esophagus achalasia.

In most cases, esophageal cancer is not transmitted at the genetic level, so the risk of the disease among relatives is extremely low.

Symptoms of the disease:

The main symptom is dysphagia (trouble swallowing). Other symptoms may include: weight loss, pain or discomfort in the chest or in the back, as well as heartburn and indigestion.

Diagnosis of esophageal cancer in Israel

The first step in the treatment of esophageal cancer in Israel is diagnostics, which begins with the examination by a doctor.

Esophagoscopy - this check allows inspecting the inside of the body and taking a puncture (biopsy). Calibration is done using a special thin instrument, which is located at the end of the camera that outputs an image on the monitor. Before performing esophagoscopy is required 8-hour hunger. In Israel, this study is carried out under mild general anesthesia and requires a day of hospitalization.

X-ray with barium. Prior to X-ray the patient is given a barium solution.

If the above test will indicate the presence of cancer, the doctor sends the patient for additional diagnostic tests to determine the extent of cancer spread.

Computer tomography is used to obtain a detailed picture of the state of the body and is used as the initial diagnosis to verify the results of treatment.

Endoscopic ultrasound investigation. This study reminds esophagoscopy, but at the end of the hose is installed ultra-sound scanner that allows the doctor to assess the degree of germination of esophageal cancer in the body, as well as determine how affected the nearby lymph nodes are.

Laparoscopy. This test is similar to a mini-invasive surgery and requires a short hospital stay. The purpose of verification is to assess the degree of damage to nearby organs. During the test the doctor can take a puncture for diagnosis, on the basis of which the therapy will be assigned.

PET-CT. This test is conducted in order to reject or detect secondary tumors in the body. 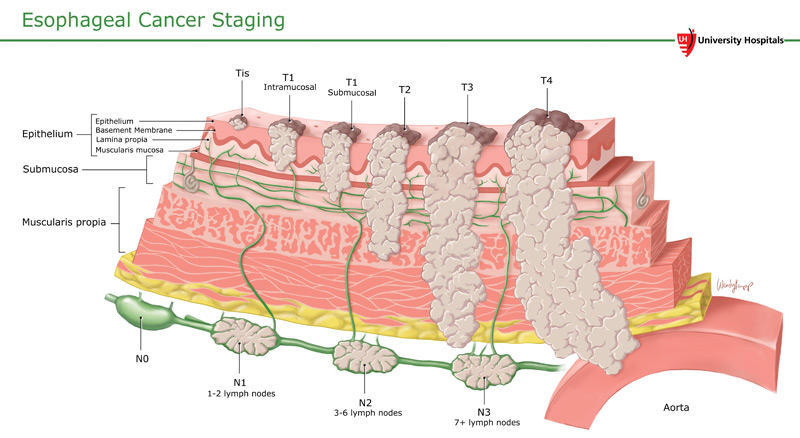 Treatment of esophageal cancer in Israel includes the following therapies: surgery, radiation therapy and chemotherapy. Currently, the complex treatment of cancer, which combines all of these techniques is one of the most effective ways to deal with different types of cancer.

Cancer treatment protocol in Israel depends on the stage of the disease, the overall health and age of the patient.

In addition, there are other kinds of tumor treatment, facilitating cancer symptoms, such as stenting, balloon dilation, laser therapy, photodynamic therapy.

In the case where there are several variants in treatment with similar effectiveness, doctors can offer the patient to make a choice.

There are several types of operations used in the surgical treatment: 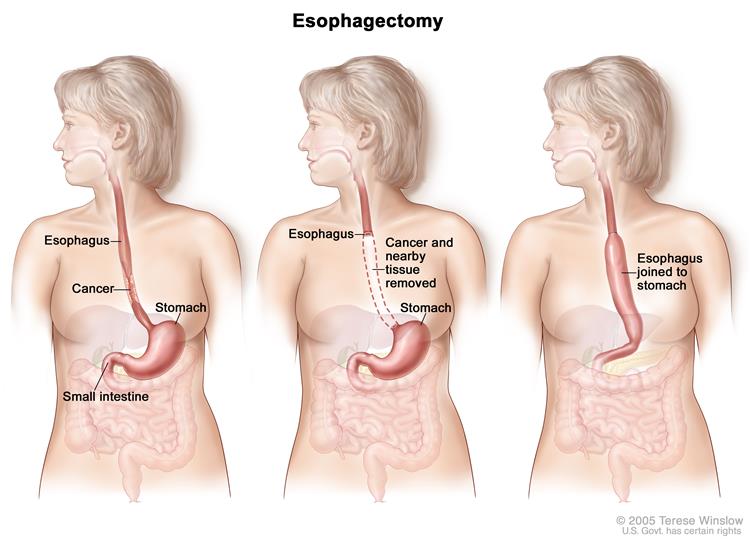 Treatment of esophageal cancer in Israel with the help of radiotherapy can be performed as a separate treatment, and in combination with chemotherapy. It can also be carried out before the operation to remove the cancer.

Brachytherapy is introduced into the esophagus to the tumor. It may stay there from several minutes to several days (depending on the type and amount of radiation brachytherapy). Brachytherapy is conducted in two ways: using an endoscope or using special NG tube.

Chemotherapy in the treatment of esophageal cancer in Israel can be used before surgery in order to try to reduce tumor size. After surgery, chemotherapy is carried out when there is a risk of illness or recurrence if during the operation it was impossible to remove completely cancer cells.

Chemotherapy is also used in combination with radiation therapy, as a rule, this occurs when is diagnosed squamous - cell carcinoma of the esophagus, but in some cases this treatment is given to patients with adenocarcinoma of the esophagus. Complex application of radiation and chemotherapy increases the efficacy of the treatment, but is associated with many side effects, so is not suitable for all patients.

Upon detection of metastases, chemotherapy is the main treatment of esophageal cancer in Israel.

Turning to our center, the patient significantly increases their chances of recovery because we cooperate with leading oncologists, surgeons and gastroenterologists in Israel, who guarantee high percentage of recovery.