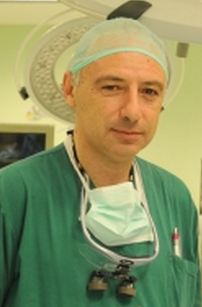 Ilya Pekarskii is one of the most known spine specialists in Israel. According to the official rating of the Israeli medical association from 2008 to 2013, this specialist is recognized as one of the best surgeons of the country in such area as spinal neurosurgery. The prices in Israel for services in this segment are not only affordable, but always justified, as all operations are conducted by professional doctors of high-class, such as Ilya Pekarskii.

Ilya Pekarskii finished 2nd Medical Institute in Moscow. After that, he attended a course on spinal surgery in children and adults. Additionally he graduated specialization courses in Austria, France, Spain, Holland, Italy, Switzerland, The USA, etc.

Spinal Neurosurgery. The prices for the operations may vary, depending on the complexity of the upcoming procedures and diagnosis.

Membership in the Associations:

In the list of the Ilya Pekarskii there are many well-known athletes, businessmen, politicians and even doctors from Russia. For example, he operated such notables as the figure skater Evgeni Plushenko, Edward Ryazanov, Alla Pugacheva, Andrei Makarevich and many others. It is particularly interesting that Ilya Pekarskii conducted operations even at the famous Central Institute of Traumatology and Orthopaedics named by Mironov.