Home Surgery Price for the surgery in Israel

Price for the surgery in Israel 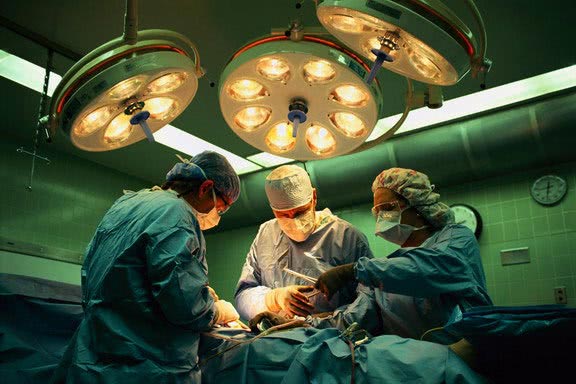 Today, with the help of the surgery a huge number of serious diseases are treated, including many diseases which are dangerous for human life. But, unfortunately, when it comes to modern surgery in the CIS, we have to mark the fact that this branch of medicine is underdeveloped in terms of equipment and in the level of training. That's why people often turn to the Israeli hospitals, hoping to get the expert help there. Of course, the cost of operations in Israel is somewhat higher than in the medical institutions of the CIS countries, but the difference in price is fully justified.

What is included in the price of operation in Israel?

Primarily it should be noted that the price for the operation in Israel often consists not only of surgical intervention, but also of subsequent diagnostics and rehabilitation. After all, the doctor needs to know the diagnosis and general condition of the patient's body. In addition, quite often due to the imperfections of diagnostics, which is carried out in hospitals in other countries, a survey in Israel denies the preliminary diagnosis, and therefore need to appoint another course of the treatment.

Secondly, to judge the price of the operations in Israel, you should understand the possibilities of surgeons in our country.

You should start with the fact that in the medical institutions of our country their technical equipment are far away from other countries. Of course, this cannot help affecting the efficiency of current manipulations and their safety. However, the operations in Israel are imposed only in extreme cases, when the conservative methods of the treatment do not show the desired effect.

The cost of operations in Israel

Sufficiently important factor in price formation for the operation in Israel is the usage of minimally invasive surgery instead of the traditional open surgery.

In order to reduce the need for surgery incisions or even to avoid them, special miniature instruments are used, and miniature cameras transmit images to a computer. Thanks to this, Israeli surgeons successfully use natural openings on the human body (the umbilical cord, mouth, and anus) or small punctures, after which the noticeable scars aren’t remained. The principle of such operations is similar to the endoscopic examination of the intestine. It should be noted that today, it is possible for certain types of surgery (removal of benign tumors on the walls of the bowel, which are called polyps), for example, during endoscopy.

With the help of the robotic management, the doctors can achieve the highest level of safety at the operation, because then there is no effect of "shaking hands", which may cause the damage of healthy tissues. You should agree that it justifies the price for the operations in Israel.

It is worth noting the important fact that in our country surgeons’ efforts are aimed primarily at keeping patient's organs and avoiding subsequent transplantations.

We should also mention the so-called reconstructive surgery, the main aim of which is to normalize the human body by restoring or replacing damaged organs. Quite often, the cost of operations in Israel involves the use of this particular method.

For example, to restore vessel patency, a special tool, such as a microscopic bit is widely used. Also there are conducted such operations as prosthesis of vessels, the installation of artificial heart valve and the strengthening the hernial orifice using a special grid, which is made from synthetic material. Reconstructive surgery in Israel is widely used in the treatment of breast cancer. Thanks to this the doctors manage to keep the visual appeal of the patients, respectively, and their self-confidence and mental health.

Thanks to the generous funding of our scientists, they have managed to create a number of unique devices that can help the patient to return to normal life. One of them is a unique prosthesis «Smart Hand», which functions just like a real hand with the ability to perform fine motor skills. This allows the patients to write properly, print, and even play a musical instrument. Moreover, thanks to the installed sensors in the prosthesis «Smart Hand» it is possible to feel the temperature drops, the movement of the artificial hand and touches. You should agree that the use of these devices justifies the cost of operations in Israel.

Quite often the organ transplantation is required in the treatment of certain diseases. Currently, experts in Israel hold primacy in the world transplantation, which guarantees the efficiency of the operations. For example, after a heart transplantation eighty percent of patients successfully live more than four years, and some patients can prolong life for ten or more years.

Naturally, Israeli researches are focused not only on prosthetic limbs. Thanks to the achievements of Israeli experts, using surgical interventions the doctors manage to treat a wide range of cardiovascular diseases. For this purpose, the following kinds of operations are used: the vascular reconstruction surgery, coronary artery bypass grafting, and the closure of atrial septal, the installation of automatic defibrillators and pacemakers, valve replacement. You should agree that cardiac disease is not the one thing that you can play with, and therefore the price or the operations in Israel may not seem too high.

We cannot ignore such an important part of medicine as plastic surgery, which develops in two main areas - the correction of post-traumatic and congenital defects and improving the appearance. The surgeons of our country are achieved tremendous success in hair implantation, facial features, shape and size of the breast changing, eliminating wrinkles and fat deposits, etc. The highest quality and safety of these procedures justifies the cost of operations in Israel.

Naturally, after the surgery patients need to undergo rehabilitation therapy in Israel. Thanks to the use of minimally invasive surgery is significantly reduced the period required for recovery of the body. Thus, the price of operation in Israel is compensated by the fact that you will not have to pay extra money for the long-term rehabilitation.